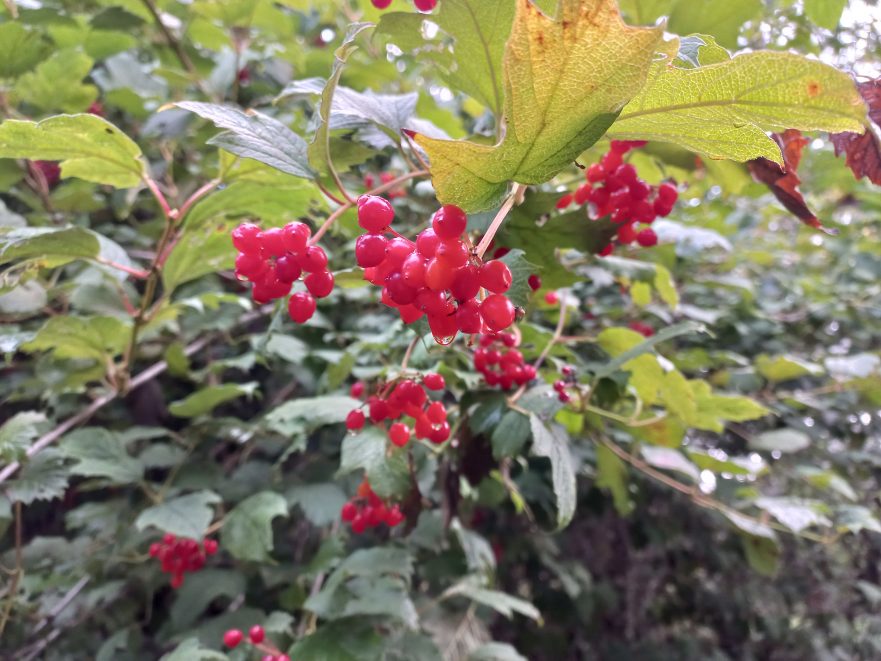 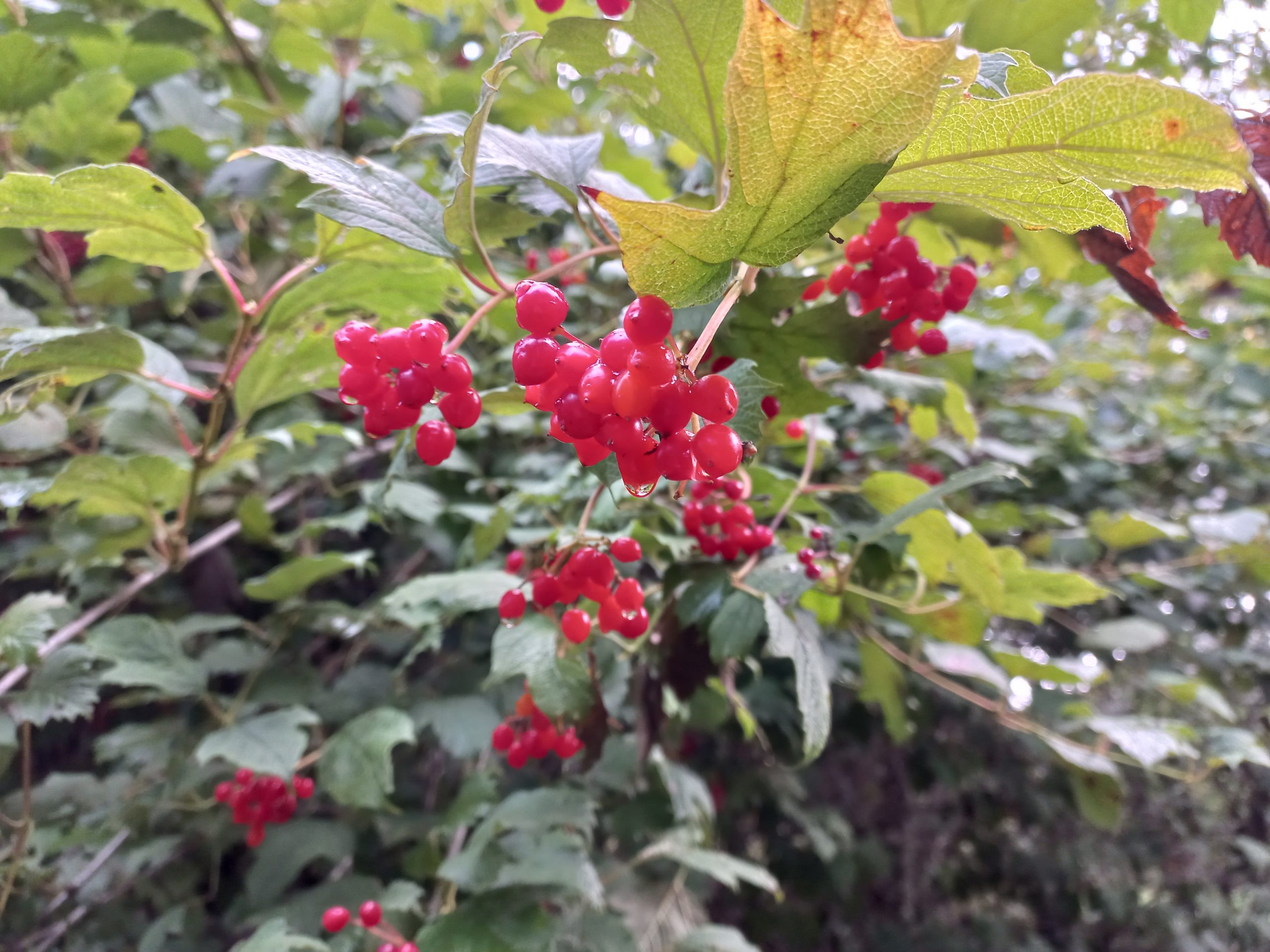 Here in Devon we are experiencing what is called a ‘false autumn’. This is when the plants around us begin to flow into the part of their lifecycle that we normally associate with the autumn months of late September, October and November.

In autumn, we recognise the leaves on trees start to change colour, the fruit, berries and nuts start to ripen and fall to the ground and the familiar sound of leaves crunching below our feet as walk though the woodland can be felt and heard.  This has already started to happen here toward the end of August and now a week into September with increasing downpours and cooler temperatures it already feels like summer has well and truly left us.

This premature triggering of the closing down of the tree’s lifecycle has been caused by the drought and extreme high temperatures that we have had over July and August. Lack of water and the extreme pressure that the drought has put on the plants has forced them to accelerate their lifecycle in an attempt to still produce their seeds and begin the process of dormancy as soon as possible in an act of self-survival.

In many places here at Embercombe it looks as though these plants have had ‘a good year’ for fruit. We have lots of blackberries, haws, apples, acorns and hazelnuts falling from the trees. But underlying this may be cause for concern. Some plants are known to have a ‘mast year’ where they produce a bumper crop of their fruit or nuts. This is part of a normal lifecycle for some tree species, but this early abundance in a false autumn can also be a stress response by the tree as it fights for its survival and puts all its efforts into reproducing before its too late. 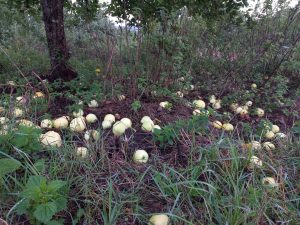 One of the dangers for other wildlife of a false autumn is that whilst this early rush of food supply might be good now, it risks wildlife later in the year. If all the nuts and berries are falling now (and being eaten) there will be reduced supplies later in the winter when birds and mammals are at their most pushed. The energy stores of nuts and berries are essential to many of our native birds and mammals when all other sources of food are gone in the depths of winter. It follows that if these come early, then it puts them at risk of starvation later when they need them the most.

So how can rewilding help? Rewilding aims to restore nature to a place where it can look after itself. It restores landscapes on a large scale so that nature can thrive. It replaces natural processes that have been lost so that nature is not always losing out to the pressures created by humans.

By rewilding land we build resilience into our landscapes so that events such as false autumn, (or droughts, fires, floods…) do not put nature on the brink of survival with nowhere left to turn. If our landscapes are more abundant in nature, then it follows suit that individual species will have a better chance of weathering the storm of difficult times. Connecting up wild areas, nature friendly spaces and regenerative agriculture means that wildlife can move more easily around the landscape and take advantage of resources where and when they are available, leaving it less reliant on one food source which may itself have been affected by the changing climate.

If you feel able to create more space for nature on your land, in your garden, at your school or workplace then think of it as an offering for wildlife. It doesn’t always need to be a large area .. you could think of a large rewilding estate as the ‘hypermarket’ and a bit of a field or garden as the ‘corner shop’. Both offer food and supplies to the wildlife around you and in mid-winter I’m sure that the wildlife around you will be grateful for either. 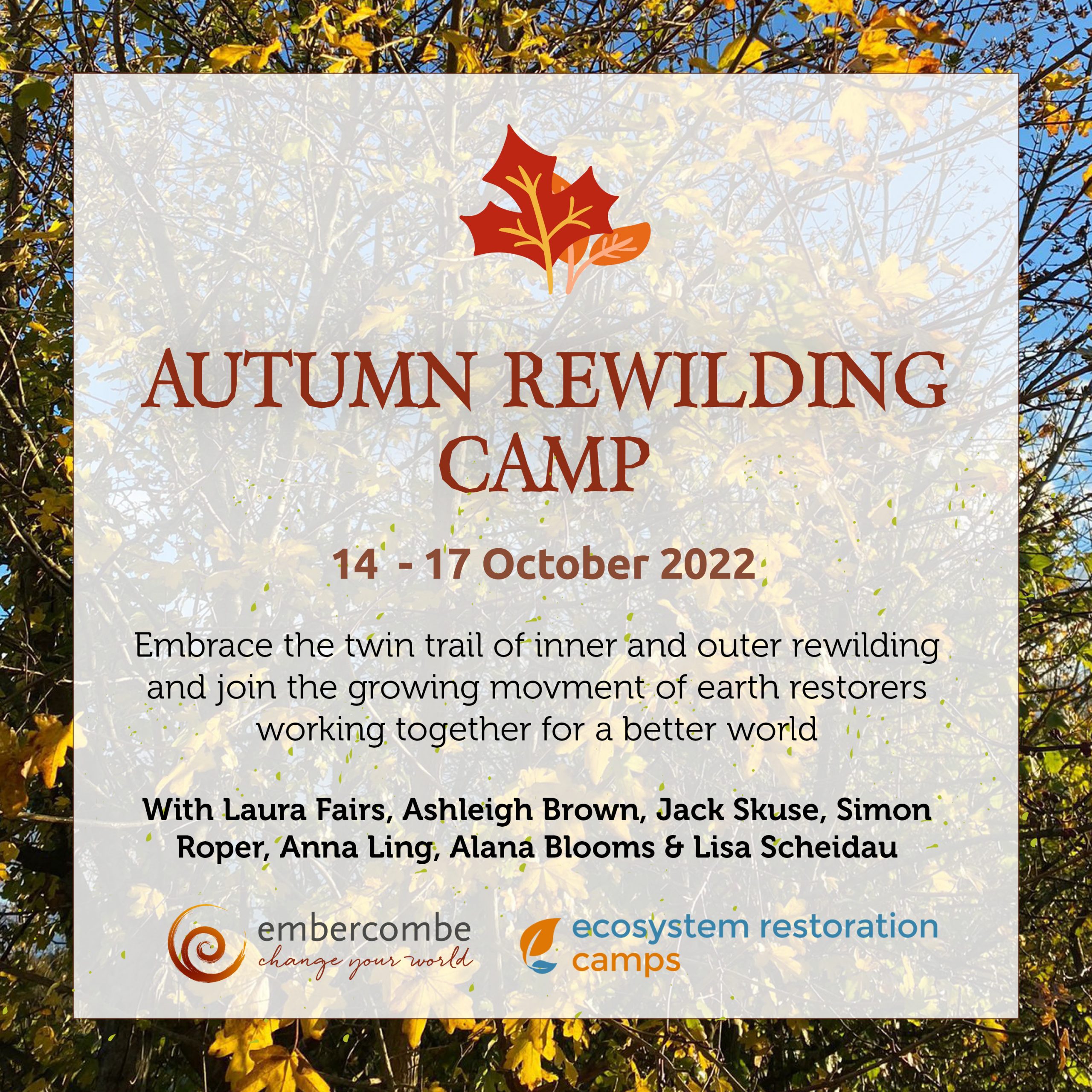 Want to join one of our upcoming Rewilding Camps?

Join us to learn how ecosystems work, and how to help them heal. Embercombe and Ecosystem Restoration Camps are passionate about rewilding the land and rewilding people. Together we are offering a series of camps for people to come and get involved and learn about how to rewild your plot of land and your life, bringing ‘nature power’ to the people. Learn more on: https://embercombe.org/rewilding-camps/