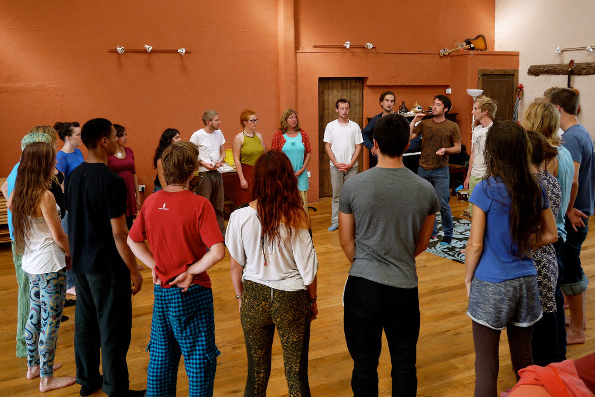 2016 was a year that many of us were happy to leave behind. We saw reproductive rights being challenged, refugees being met with a glaring absence of support from our governments and the election of a man who models so much of what many of us spend our lives trying to dismantle. But in times like these, we need to support and strengthen each other, and constantly find new ways to create the change we want to see in the world. As a contribution to this, I created the facilitation training The Facilitator’s Path: Holding Space, Making Change together with the Catalyst facilitators Ben and Kanada last summer. As we reach the end of this programme, I would like to take the opportunity to share reflections, insights and cast a glance forward to the rest of 2017.

The story of how I got to meet Embercombe starts in July 2014, when I arrived to the valley of Embercombe from Glastonbury Festival. I also arrived from 24 years in life, 3 years at University and 2 years out in the ‘real world’ feeling slightly lost. One week after arriving I had made some key decisions in life, felt overjoyed by spending time with a group, and was highly inspired by Ben and Kanada’s beautiful facilitation, something I have later come to describe as a little bit of magic in our otherwise not always so magical world.

Needless to say, I wanted to return, and in September found myself as a Back Row (the Alumni who support the Catalyst Course) of the next cohort, and in the subsequent Catalyst, I was responsible for holding the group of Back Rowers. Through this period, I began to realise what an immense learning opportunity this was. A way to really walk the twin trail of leadership – one of the foundations of Catalyst – holding and growing ourselves at the same time as we make things happen in the world. As I was growing, I was also frustrated at the lack of space to really go into what was happening; what are Ben and Kanada doing and why is it working? How can I handle this trigger coming up for me when conflicts arise in groups? How can I learn more about being present with groups and share tools with others? Why does this work matter? Perhaps a better way for frustrated is to say that I was hungry for more.

Ben and Kanada had for a long time held the vision of a facilitation training for Catalyst Alumni, and with my newborn energy for facilitation and social change we started planning.  This energy and the accumulation of my questions led to the creation of the Facilitator’s Path: Holding Space, Making Change 2016.

In July 2016, eleven Catalyst Alumni joined on a journey to deepen in the strands of Catalyst, e.g. nature connection, creative facilitation and  peer-to-peer mentoring. My aim with this training was to create a supportive and safe environment where Catalyst Alumni could grow. I attempted to create something that would have benefited me on the journey towards creating spaces contributing to positive social change in a world filled with challenges. In the end, we created a space rich in learning for us all, participants and facilitators alike. The participants got the opportunity to observe expert facilitation, and were supported in drawing out key learnings from this.  Structures were created where they could practice facilitating sessions to each other and the Catalyst Course with solid feedback to each other in order to grow. An active effort of being transparent with my facilitation throughout the programme created live situations where we could discuss choices and alternatives when facilitating a group. At the end of the training, those who were interested grouped together and created projects inspired by their learnings. We have now reached the official end of HSMC 2016, as some of our participants deliver their event ActivateLDN, a day of workshops to encourage stepping out of our comfort zones for social change. 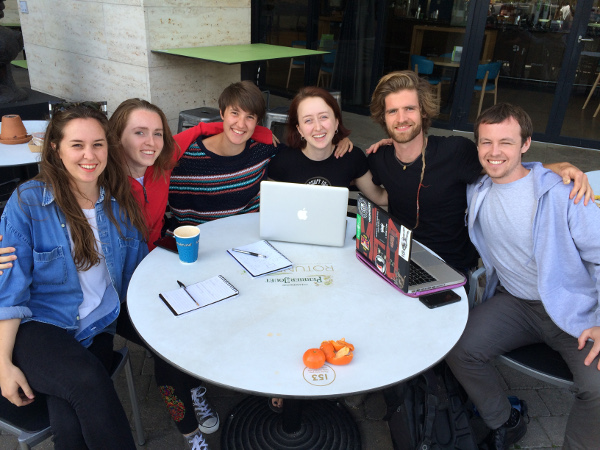 The Facilitator’s Path: Holding Space, Making Change is an exciting addition to the Catalyst Course – which can’t help but create action and life wherever it moves. It has been shown through Alumni events after the training, and comments from participants, that spaces such as this training play a big role in strengthening the community of people that works hard for a better world for all that live in it.

One of my biggest learnings of this training, was one of the most important skills of facilitating in my opinion, listening. I would therefore like to end with some quotes from the participants of last summer. In the current times of an increasing number of things to fight against in the world, these remind me that there are many more to fight for.

My overall sense of responsibility and respect for facilitation has increased noticeably.

I continue to see new ways in which it has impacted me.

Amazing support to explore and try out something new.

I got out of this the opportunity to try something new and challenging and receive constructive supportive feedback which has since helped me.

For me its real strength lies in the personal journey that it invited me on…it has helped me ensure I have checked my own power, privilege, ego before exposing myself to a group (or a group to me).

In the words of Margaret Mead that I find it important and inspirational to return to:

Never doubt that a small group of thoughtful, committed citizens can change the world; indeed, it’s the only thing that ever has. 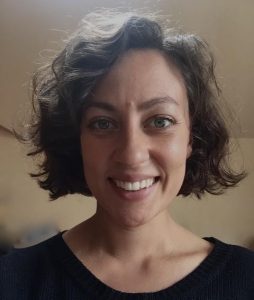 About Tove
Tove is a Catalyst Alumni, who co-created and facilitated the first Holding Space, Making Change training for Catalyst Alumni. She has been active within social change, particularly gender equality, since her early teens, and has been involved in projects all around the globe. Always inspired by people she meets and constantly on the hunt for new ways to turn experiences into knowledge through reflecting. Eternally grateful to Catalyst for introducing her to check-ins, and Embercombe for being such a cradle of learning for so many. At the moment she is a scholar at the International Masters in Adult Education for Social Change, taking her to Scotland, Malta and Estonia.