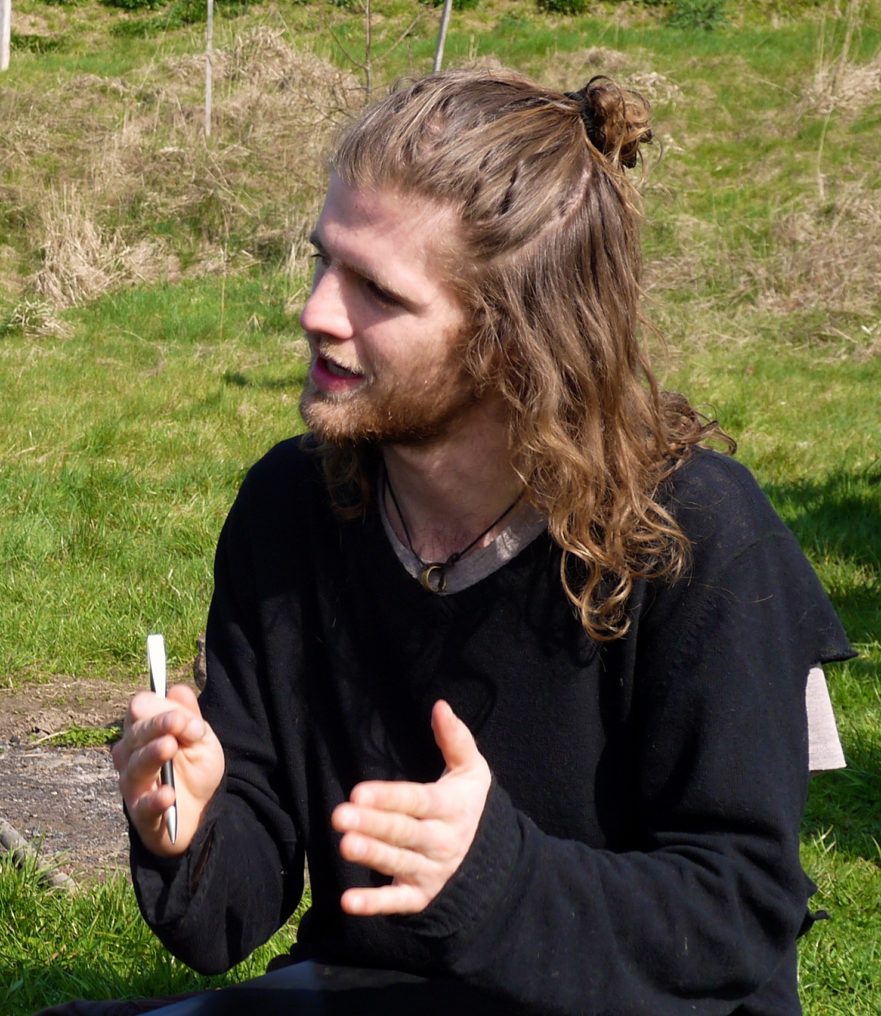 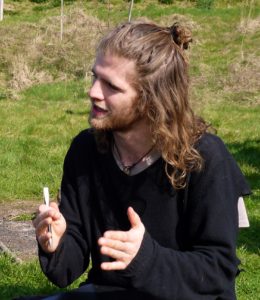 It’s close to impossible not to be confronted with the refugee situation today. In Berlin however, it is so omnipresent that it seems almost an injustice not to get involved. Alongside a lot of questionable aid work seems to reproduce the hierarchies that the situation came out of in the first place, there are real bottom-up currents of resistance that come out of the refugee and refugee-solidarity community that has formed and strengthened over the last years.

This chaotic creative energy has manifested in a people’s carnival on the 21st of March, titled My Right is Your Right. The intention of this march was to create playful and accessible awareness around the situation of migration in general, and the obstacles and injustices that refugees have to face in Europe and Germany in particular. Many of Berlin’s big theatres contributed, and pieces of performance, forum theatre, street theatre, dance and storytelling led the public of more than a thousand people through a day of taking a strong stance and sending a powerful message through creative and connecting activities.

My theatre group and I worked together on a piece of street performance to contribute to this march. Our piece was called Europoly, a board game that gave players an insight into the horrible and degrading bureaucratic processes that refugees have to go through in their first years in Germany. Participants had to pass police controls, got stuck in stigmatising asylum centres, were overcharged in hospitals, had to work completely underpaid jobs and were sent from office to office at the random will of the bureaucratic machinery.

When everybody gathered for the march, we had sprayed the squares on the street and our Game Master invited participants into the game. Our demeanour, the costumes and the way participants were led through the game were intentionally absurd and accentuated, to display an attitude of criticism whilst not harming the players psychologically. All this formed an atmosphere of fun and easy engagement, which did however not fail to make the public think and reflect critically.

From what I could gather from following conversations and reflections, participants had gained and easy access into the situation of a refugee, but had left with the pressing conclusion that our treatment of these people as numbers and figures is unjust and unfair at its core. The sad reality is that our squares were washed off from the rains of the days that followed, but that the horrible degradation of migrants remains an urgent reality that we need to change.

Justus attended the Catalyst course in April 2015, returning to Embercombe to backrow the programme. In July 2016 Justus was part of the first cohort to train in our new 10-day facilitation skills course for Catalyst alumni: ‘Holding Space, Making Change’.

After a period of transformation and politicisation during his undergraduate years in Brighton, Justus wandered the world for a while, only to realize that he’d rather channel his energy into local struggles closer to home.  Hence he settled in Berlin to involve himself in the refugee situation where he worked as a social worker in an emergency shelter for underage unaccompanied refugee boys, which he found to be the most rewarding work he has yet done. Alongside this, he was involved in a refugee-led theatre of the oppressed group and a group which creates spaces to interact free of prejudices or categories through cooking.

Justus has just moved back to Brighton to begin a Masters in participatory methods for social change. Justus strongly believes in the power of bottom-up social change through empowerment and transformation, and is looking to using creative methods such as acting, storytelling, meditation and singing to help individuals and communities find their place in the world and use their gifts in service of the whole.

Justus is also involved in food, gardening, yoga and meditation cooperatives, because he is convinced that non-hierarchical forms of organisation are transformative in themselves, as they give individuals the possibility to rediscover their autonomy and realize the strength of their own voice and participation. He has identified his own place in social activism as that of an ‘emotional background worker’ facilitating spaces for introspection, connection and healing, as he thinks it is important to base engagement on a basis of compassion and wholeness instead of hatred and grief.

Whenever he finds a free moment, he reads and writes poetry and non-fiction, loves to take long walks and sleep outside to come close to our Mother,  is a passionate vegan cook, plays Capoeira, enjoys rock climbing, and loves to sing, drum and play the guitar.