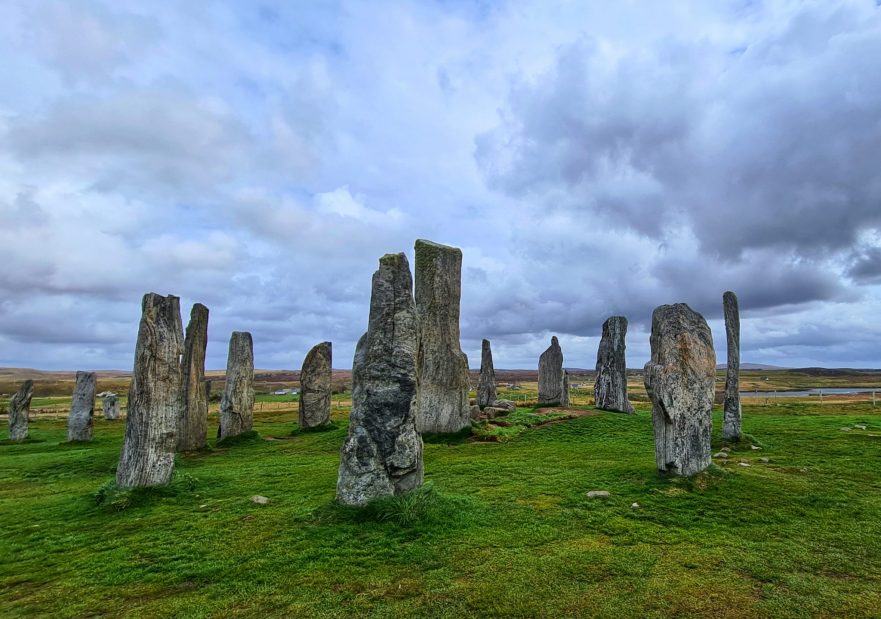 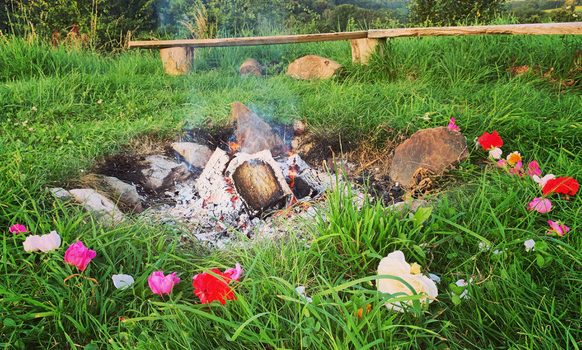 Deep is the magic of fire-tending through dark hours, of giving a night’s sleep as an offering: a sacrifice for a prayer’s flight. It effects change. Things that were ordinary are no longer so, we commune with a night and its fathomless wisdom, with all its tides, hoots and howls.

To vigil is to sit with the shadows of ancestors, stretching back along silvered DNA strands to the beginning: those who watched with loved ones through their dark, dying hours, shivering youths at their long nights crossing the threshold to adulthood, warriors on the eve of battle and medicine men and women tending to the wellbeing of their tribes. 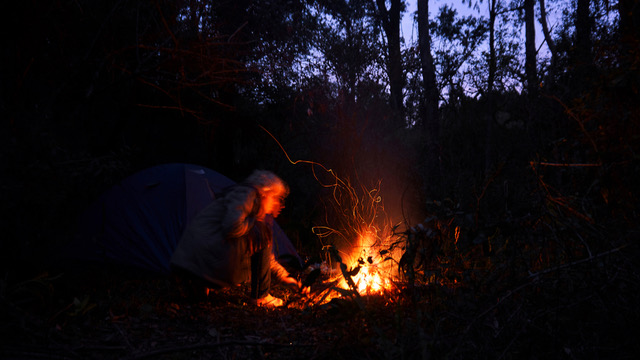 The word ‘vigil’ means ‘devotional watching’. By the 1200s it had wended its way into the English language, via Latin and Old French from the Proto Indo-European ‘weg’, meaning to be ‘strong’ and ‘awake’. Spells slumber in the tangled roots of words, and this one conjures how vigil impacts upon us, making us stronger and more awake to ourselves and the miracle of creation.

Last year, while tending the vigil fire for our Contemporary Animism apprentices at Embercombe, I watched for the moment the first star appeared in the sky, and knew that it was the stag bellowing in the darkness beyond that made it happen. I can no longer think of dusk as I did before. Once, ancestors and departed friends walked from between the trees to sit and listen companionably with me to the dawn chorus. Another night was guarded by a blue flamed hunter who knew the land far better than I ever will, and yet another by flesh and blood badgers treading their ancient paw paths across the land. Too many mysteries to record, too much magic to be bound by words. More than anything, on these nights I have tended the fire or tended the dark within, and known myself part of a long line of humans called to do so. I feel more at home in my humanness because of it. 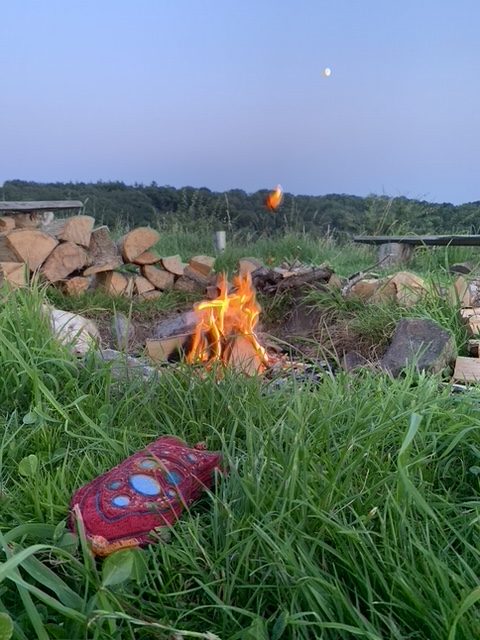 It is a liminal space that we enter, a waking dream-state in which myth and symbol speak eloquently and the logos of daylight loses its hold, and seems utterly brash and insubstantial by moonlight. In this depth, if we’re ready, we sometimes touch truth – maybe only momentarily – about how IT is: the very nature of life, creation, and therefore who and what we human beings are. It is the pool in which poets swim, a space of yielding, of surrender to the awesome, a time when heart shuddering prayers are born, shattering realisations warm our shoulders like invisible cloaks, and lives transform.

Rarely are we untouched by the dawn.

If this calls to you, check out the Contemporary Animism year long apprenticeship offered by Embercombe. The images in this blog were taken during last year’s vigil. This wondrous journey of exploration into nature, connection, magic, myth, consciousness and ceremony begins again this July. See: https://embercombe.org/contemporary-animism-an-apprenticeship/