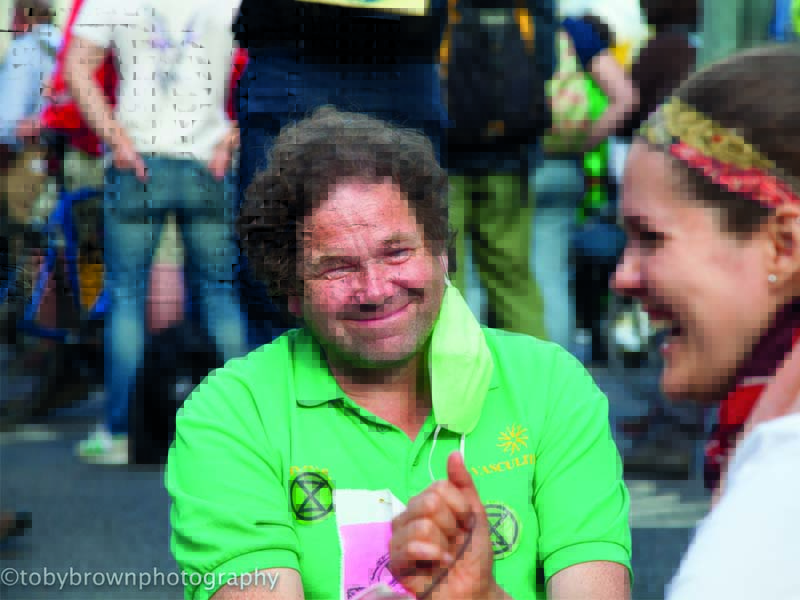 How the Embercombe stone circle powers my climate activism 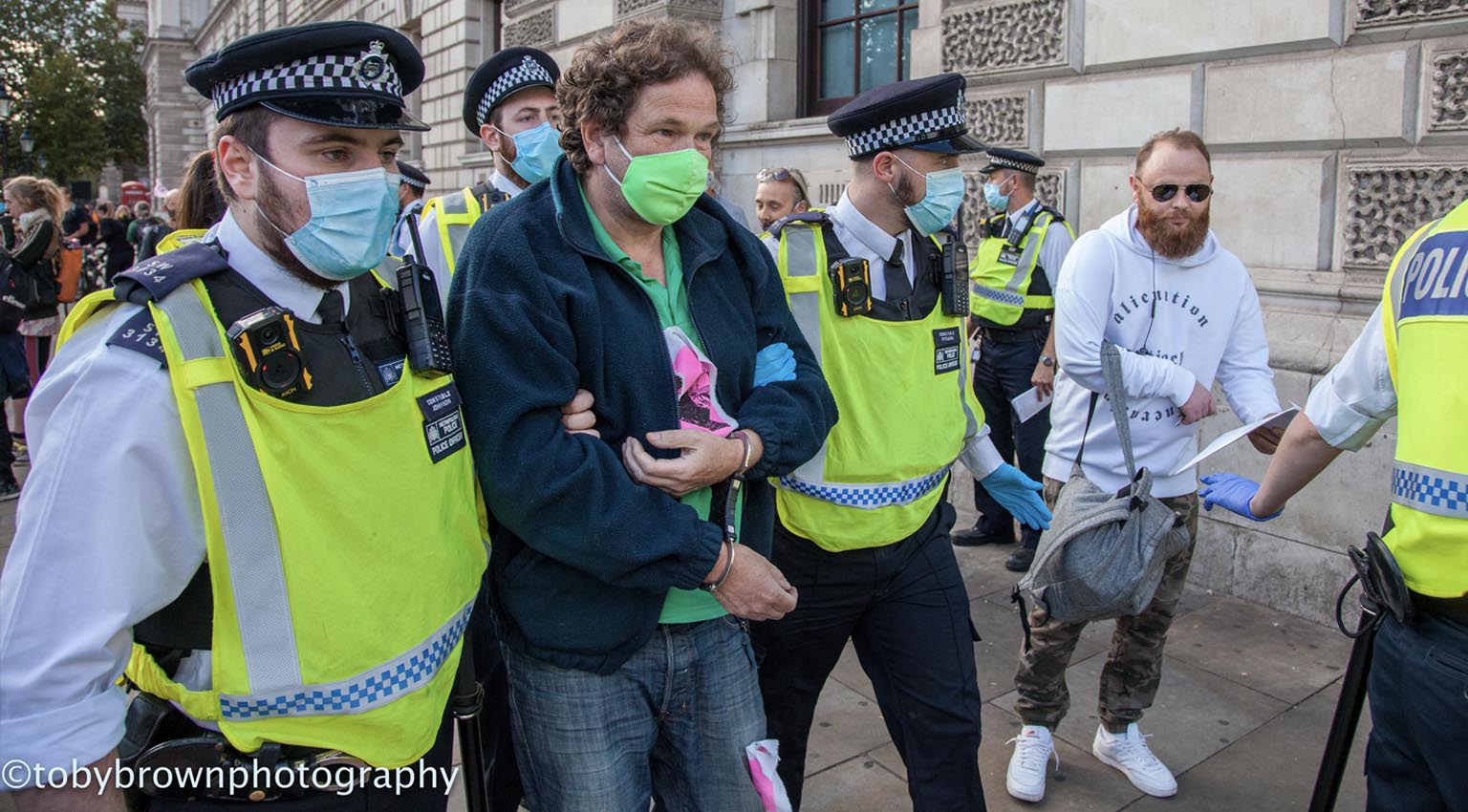 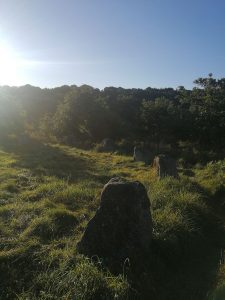 It was 6am, chilly, and a simple ceremony for the 2020 Spring Equinox was being held at the centre of the stone circle. Dear friend Fi Barnes held us, and the energies, barefoot; the fire was lit with ease and grace; Fi spoke some simple, perfect, moving words.

It was the Friday of the last Journey programme held at Embercombe before lockdown. In the circle were staff, volunteers, and the ‘back row’ – of which I was part. I was tired, and hadn’t been too sure whether I really wanted to set my alarm 40 mins early; but I did.

Such ceremonies, along with full timetables (‘no-gaps’) each day, were familiar to me; my new normal when serving on the ‘back row’ team, as I have done ten times since my own Journey, in November 2010. Ten “back rows” over as many years; so far all so familiar, and normal, and yet somehow still tingling with childlike awe.

Much of my own Journey in 2010 was and is a blur. I was highly emotional; and carrying much fear. But I remember the kindnesses: of Joey, of the team, of the back row, of all the humans!  I remember feeling that my pledge ‘let the side down’ and I remember failing to keep it. Just some of the many reasons I return each year, to dust myself down, witness, hold, anchor and serve.  I believe my weeks on the back row have been medicine for me just as powerful as the Journey. And each time I feel pride that I have done a good enough job.

The equinox ceremony complete, some of those gathered wandered off to their tasks. A few lingered. In a moment of calm and grounded clarity I heard my new pledge; and spoke it:

I pledge to source this (my) life, in this (each) moment, from this place*
(* i.e. from the centre of the stone circle, i.e. from ‘the childrens’ fire’)

Six (mostly ‘locked down”) months later, and this pledge still works for me.  To source and to centre the rest of my life from the love present and burning at that centre of that circle.  And perhaps from the embers of love yet present at the centre of me.

Over those months I’ve had some psychotherapy, long overdue and highly recommended. I am on Mac’s ‘Kith and Kin’ programme and ‘doing the work’ was something Mac encouraged me to realise that I could ‘gift’ myself (and in turn gift all those around me.)

Living life from a place of centred, calm, authentic, fully embodied presence is my goal, and its curiously similar to my pledge, really. I’ve been a climate activist for two decades: I’ve been dedicated and focussed, sometimes to the detriment of family, friends, health and sanity. I’ve carried some rage, frustration, confusion and resentment.  None of these things have helped much of course! And I’ve been trying to find better ways of being with my reality, raising climate alarm all my life.

Back in October 2018 I had been thrilled to attend the Declaration of Rebellion in Parliament Square. Greta Thunberg was there. I recognised the faces of many dear friends. After years of being told we were naïve to think we could make a difference, we were doing so. In the fast-growing Extinction Rebellion tribe I found love, hope, friends, and… myself. I had always  found it strange that everyone wasn’t out in the streets, rebelling.  Now they are! Back in my home town of Marlow I co-founded an XR group of 2: by year end 2019, we were 100. 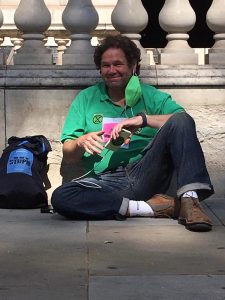 And so it came to pass that on September 1st 2020, the first day of the 2020 Rebellion week, surrounded by many of my local XR rebel friends, I decided I would face police arrest.  Earlier that day I had had a lovely chance encounter with a Journeyer (whose ‘back row’ I had been on) with a big beaming smile.  She happily told me she was doing The Descent, it felt as if the entire Universe was opening up, almost like a scene from Lord of The Rings.  And I stole myself, grounded myself and settled once more, rooted like a tree that had managed to access soil and water under the thick cold tarmac of Parliament Square: I proceeded to sit very calmly: still: present: and waited until I got arrested. For blocking the road.  Just before I was carried away it was as if I was sat at the centre of the stone circle, living for one glorious moment in the very solid centre of my life truth. 600 arrests were made that week, and the issue again rose up in the collective public consciousness.

I certainly don’t want to encourage anyone to do the same.  I had been pondering arrest for years, but the moment had never felt right before.  Until then. But in the London sunshine, Parliament Square, with rebels drumming, singing, immersed in love, I surrendered to it all.

It felt like a living breathing enactment of my pledge to the childrens fire in that moment.  I had no idea that centred activism could be so satisfying, so peaceful and so glorious.  And I thank everyone who has ever been a part of what Embercombe is, and stands for: for it was your courage that I drew from, like a full bucket water from Joey’s well.

It has indeed been a seismic month. On Sept 23rd a group that I co-founded called Champions for Earth sent a letter to Boris Johnson, signed by over 310 Olympians and Paralympians, demanding a Green Recovery. Never doubt that as small group of people can change the world, indeed it is the only thing that ever will.  Thank you Embercombe for inviting me to live while I am alive. 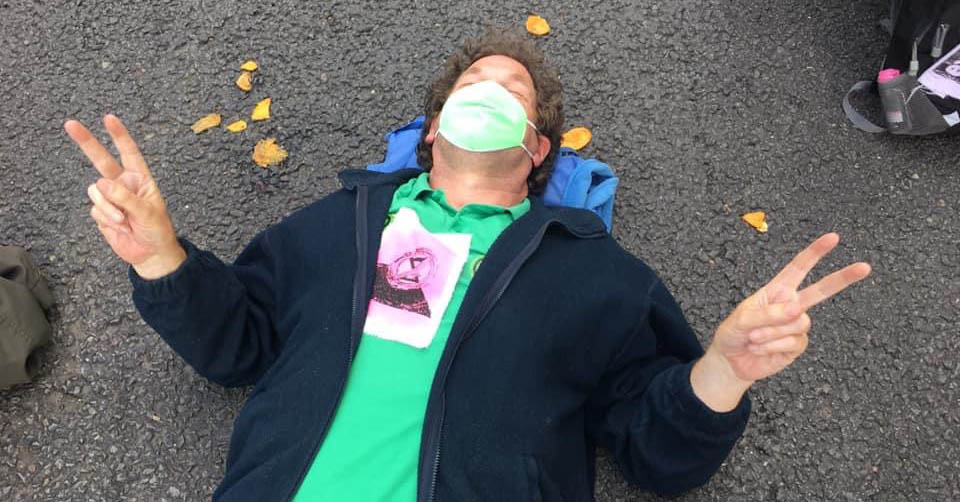